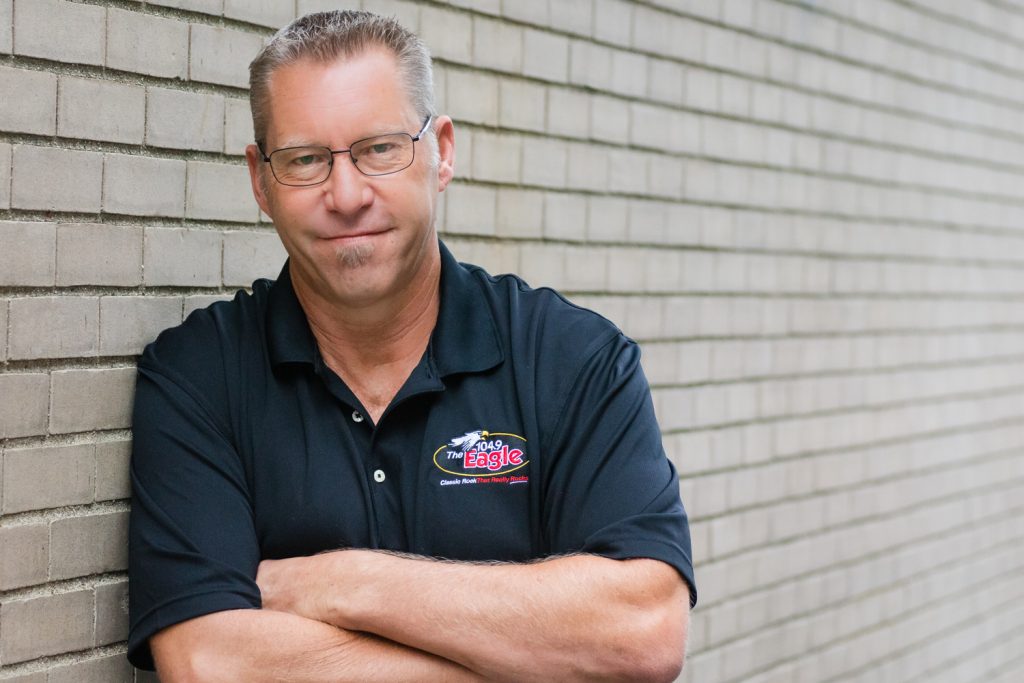 Billy began his radio career in 1985, and has survived the many changes in the industry, as well as, the changes in the world in general. As the Production Director for Woof Boom Lima, Program Director and an On-Air Personality for 104.9 The Eagle, and part time Account Executive, he wears a lot of hats, but is happy that he doesn’t actually have to work for a living! Radio for Billy is a lifestyle 24/7/365. Plus, the spontaneity of the job helps too. When he’s not living out his passion day to day, he’s riding his Harley Davidson or he’s out on the lake on his boat. If there’s fun to be had, Billy will find it. But he’s also passionate about helping others too. He’ll often take part, and help promote, as many charity motorcycle rides as possible. And Billy will do as much as he can for our veterans and first responders, with events like the 104.9 The Eagle Annual Veterans Days Luncheon.